As a writer, I’ve learned that inspiration is unpredictable.  I can go months without having a single moment where ideas and thoughts flow, and then, in a heartbeat, the floodgates open and I’m overwhelmed.  Joyously overwhelmed.

Such was the case as I drove home from work Thursday night.  It was a calm drive, though miserably cold, and I had decided to listen to some sermon podcasts from our church.  After the woman read the scripture, the podcast went silent for a moment and then this instrumental music started to play.  I could tell that, had I been watching instead of listening, I would be seeing a slick, moving video.  (Our church is good at those.)  Still, this wordless music played and, within 30 seconds, I was inexplicably tears.  My chest hurt.  My heart ached.  I was completely heartbroken.  I hurt so much but I didn’t know why. Within 90 seconds, a novel idea that I’ve been struggling to develop for months hit me.  Slammed into me so hard that I could barely breathe as I drove down that lonely interstate.  The flashes of scenes, of emotion and loss on the part of the characters, just bowled me over.  I had tears streaking down my cheeks when I hit the “back” button so that I could listen to that short instrumental piece again.  And again.  And again.  All the way home.

As soon as I walked in the door, I told Tim about this novel idea and then I ran upstairs and typed it out, all while listening to that same short music on repeat.  (I’m listening to it now.  I still have no idea what it’s called or where it’s even from or how I can buy it.)

Part of my ongoing writing problem is that I’ve had two story ideas rolling around in my head for a long time – one a modern day story and the other a historical one that takes place during World War II.  As that music played, though, I was overwhelmed with the idea of how easily I could blend those two stories into one.  I furiously got the premise down on paper, and I’ve spent part of this weekend on character and plot development.

This is where my Microsoft Surface is key.  I bought it specifically to do my writing and and I’m utilizing OneNote to organize my novel.  This makes it incredibly easy!  I have a tab for the novel with the title and premise and then the character profiles tab has a page for each of the characters.  It’s going to make it easy to keep things organized and together. 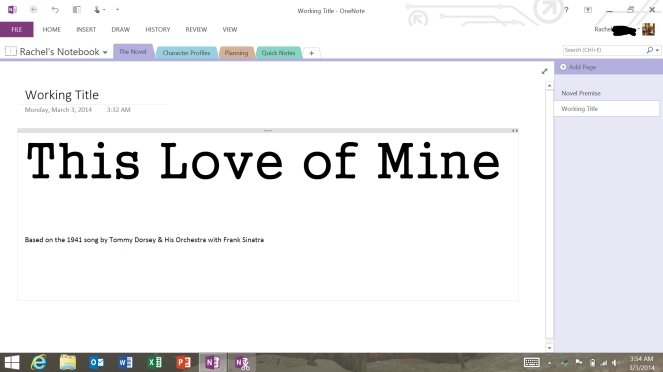 Anyway, I’ll start the writing portion soon enough.  Right now, I’m doing a rough plan of the major events, and then I’m just going to start free-writing to see where the characters and the plot takes me.  It’s all incredibly emotional for me right now because I have wanted to tell this story for so very long.  It’s going to be angsty and beautiful and, I hope, very moving.

Now that this process has begun, I’m sure I’ll be blogging about it.  Bringing this story and these characters to life is a huge priority to me! 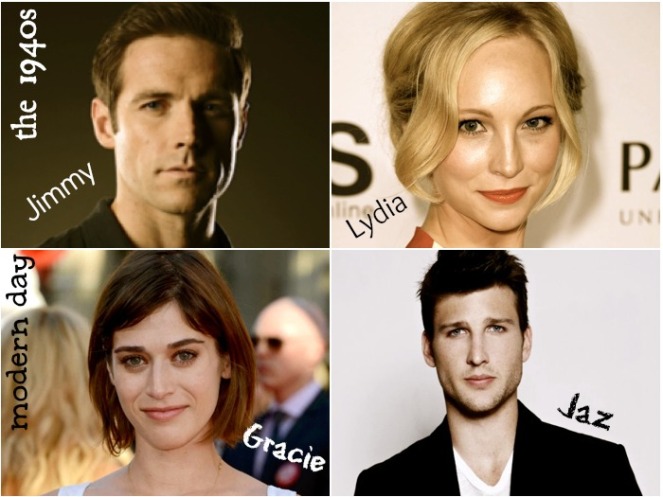 2 thoughts on “All because of a nameless song…”