In 2009, for a very brief amount of time, we were the proud owners of a vintage camper. She was a 1974 New Paris Traveler, 16 feet long, and she was a mess. Wood paneled on the inside and in desperate need of a total overhaul, I didn’t care. I was excited because I’d dreamed my whole life of having a camper so that I could head out into the woods and be one with nature.

Here was the camper, which I dubbed Gracie, in all her worn-out glory: 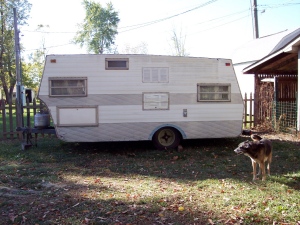 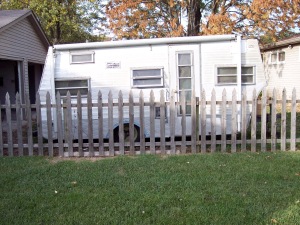 We bought an old, beat-up Oldsmobile SUV capable of pulling Gracie, too. I named it George.

Not long after George and Gracie arrived in our lives, they both left. We soon realized that it was more work than we could handle, given our rudimentary remodeling skills. It was also really hard to back the thing up and guide it in one direction or another. We got disheartened and we gave up, and Gracie went away. George left next because there was no sense in keeping a third vehicle when we were never going to pull a camper.

In the subsequent seven years, I’ve still longed for a camper to call my own. Now that we live in the glorious Pacific Northwest, camping amongst the tall evergreens is a thought that stirs my heart. On a recent visit to Mt. Rainier National Park, we followed a Class B Airstream motorhome out of the park and that sparked a two-hour conversation. What about a motor home? Why hadn’t we thought about that? A small one would be perfect, and we wouldn’t need a tow vehicle (which we no longer had).

As we do with everything in our lives, we began to research with gusto. When Tim and I get bit by a passion bug, we go all out until we figure out what we want/what we’re going to do about that thing we’re passionate about.  We traipsed all over Kitsap, Pierce, and King counties looking at motorhomes. We instantly rejected Class As because they are far larger than we need. Small Class Cs were good, and so were Class B, although I was hesitant about wet baths instead of a regular, albeit smaller, bathroom. We endured obnoxious, high pressure sales at one RV dealership and found a few others who were helpful. We fell in love with a brand-spanking-new, extremely expensive Winnebago Paseo. And all the time, I kept going back to this one particular motorhome at the local dealership. A twelve-year-old, 23 foot Class B+ Winnebago with a small slide-out. Normal bathroom at the back of the coach, nice sized kitchen and pantry, lots of storage. Dinette and a couch that both convert to sleep four people. It called to me.

Other than a need for new cushions because the ones inside of it are faded, it’s in spectacular shape for its age and 81,000 miles. Yesterday, we began the process to buy her, or, as she’s been named already – Gracie Rides Again.

Here she is in a dealership shot. I’ll be posting tour pics once the loan closes and we take delivery in about two weeks. I can’t wait! 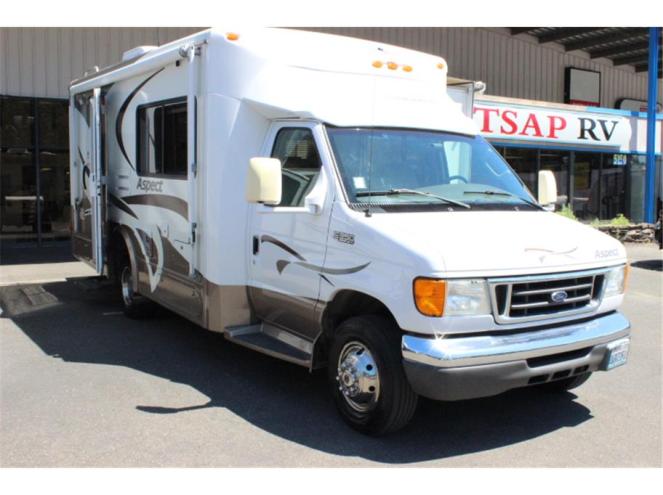