Fangirl Corner: have I ever introduced you to my celebrity boyfriends?

I like to believe that, as a writer, it is my duty to notice and appreciate attractive men.  After all, I can study what makes them tick and what makes them stand out and then allow them to find their way into the fictitious worlds I weave. I am also an admitted fangirl, and when I love something, I love it hard.  Completely and thoroughly.  I don’t do anything halfway.  Put up or shut up is my motto.  Go hard or go home.  This attitude and way of living life means that, in the case of my many celebrity boyfriends, I love them dearly.  So let me introduce you to the men in my life.

Holy perfection, Batman.  I really didn’t know Brett existed until a few weeks ago.  And then, thanks to the ladies I talk to on Tumblr and Twitter, I got sucked into Agents of S.H.I.E.L.D.  I’m a DC Comics girl, this is true.  I’m always going to pick Superman over any other superhero.  Still, I do enjoy Captain America and I’m all about shipping angsty couples that rip my heart out and stomp on it, which is why I was drawn to the pairing of Skye and Grant Ward.  Fast forward a few weeks and my celebrity boyfriend relationship is established and palpable with this stunningly handsome, educated goofball who loves puns and whose jawline is beautiful enough to make me weak in the knees. If you’re not watching this show, go watch it!  It’s fantastic! 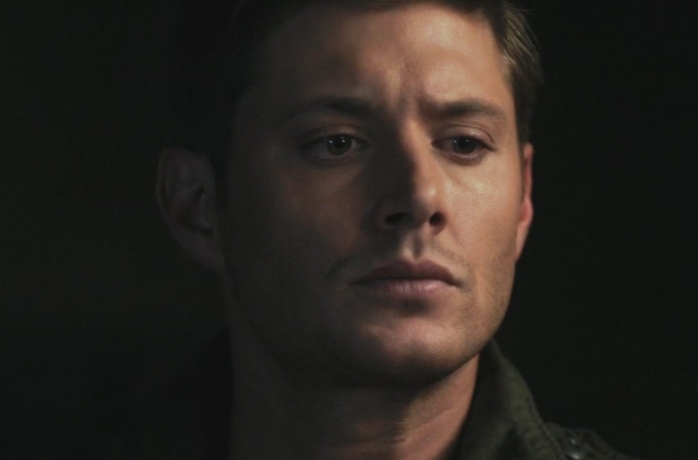 Jensen is one of my most serious celebrity boyfriends.  I’ve been admiring him for years, and this man only becomes more perfect with age.  The problem is that Supernatural is kind of terrible now (okay, it’s really terrible and I hate Castiel and don’t get me started on why this show has fallen into the toilet) and I stopped watching it in season 7 once I realized that the glory days of seasons 1 through 4 would never be seen again. I do miss Dean Winchester, though, because he’s the ultimate bad boy with the heart of gold.  I keep up with Jensen via my Tumblr dash and I hope and pray for the day that he can provide his rugged beauty and talented acting to something other than SPN.

He plays Oliver Queen on CW’s Arrow, and he’s more connected to his fans than any other celeb out there thanks to the way he passionately runs his own Facebook page.  He’s also incredibly beautiful, a new and very proud daddy, and he’s so ripped that his abs even have abs.  His character, Oliver, is one half of the OTP (one true pairing) that I go crazy for – Oliver and Felicity.  Arrow is a fantastic show and exceptionally well-done.  Stephen even does his own stunts!

Helllllllllllllooooo, new Superman.  I wasn’t really sure who Henry Cavill was when he was cast in Man of Steel but I very quickly became educated. Casting him in the reboot of the franchise was pure genius.  He works the suit in ways that the love of my teenaged life, Dean Cain, never even could (and my 14-year-old self thought he was hawt!) The thing I love most about him, though, is the way he brings Clark Kent to life.  He doesn’t play him as an awkward nerd.  He’s a loner, a man searching for a place in world that doesn’t understand him, and I love that.  Henry is goofy and beautiful and that accent…  *swoons* 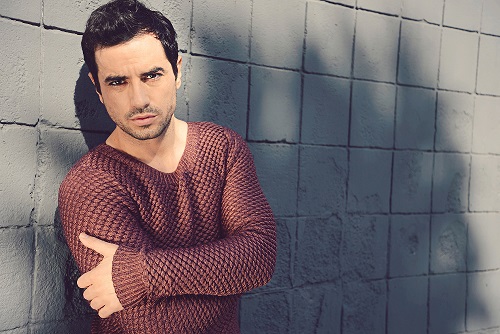 Antonio played Marco Moretti on the short-lived but touching Canadian TV show Bomb Girls.  The fact that this show has been cancelled is absolutely crap and I’m still furious about it.  A show about strong, independent women working in a munitions factory during World War II was rare and powerful.  Yeah, it got a little soapy, but it was wonderful and I loved it. Marco fought against racism due to his status as a full-blooded Italian living in Canada, and Antonio sold it over and over again.

These guys are my main squeezes, but there are quite a few others that filter in and out as my obsessions and whims take me.  I would be remiss, though, if I left out this last guy.  Seeing this picture below, which is of model Justin Passmore, has single-handedly inspired a new character that I’m developing a story around named Andrew “Stone” Lewis, who just happens to be the Sergeant-at-Arms of an outlaw motorcycle club.

He exudes bad-boy confidence, does he not?

So that’s it.  I usually fangirl on my Tumblr blog only but sometimes it bleeds over.  This is one of those times.